Anti-SLAPP stands for "Anti-Strategic Lawsuit Against Public Participation". A SLAPP lawsuit is one that isn't really meritorious, but instead has been brought to harass or retaliate against the defendant because the defendant has exercised an important and lawful right under the federal or state Constitution, or some other statute. The Anti-SLAPP laws adopted by many jurisdictions essentially give the defendant an opportunity by way of a special motion to have the plaintiff's lawsuit examined and thrown out at very early stage of the proceeding, so that the defendant doesn't have to waste time and resources litigating against a lawsuit which in the end would be a loser for the plaintiff anyway.

Example. Mary has a bad experience at a restaurant, and posts an honest review of her dining experience. MegaCorp, which owns the restaurant chain, doesn't like to have bad reviews affecting its profitability, so it sues Mary for defamation to force her to take her review down. As Mary's review would ultimately be protected by the free speech clauses of the U.S. Constitution, Mary could file an Anti-SLAPP motion to have the case quickly dismissed so that MegaCorp could not threaten to grind her down with years of litigation and thereby diminish Mary's constitutional rights.

Procedurally, an Anti-SLAPP motion is a Motion to Dismiss with special attributes; think of it as a Motion to Dismiss on Steroids. Generally, once the defendants proves that the lawsuit is mostly about the defendant's protected speech or conduct, the burden then shifts to the plaintiff to prove that the plaintiff has at least a minimal likelihood of ultimately prevailing in the litigation. This gives the Court the opportunity to examine the merits of the plaintiff's case, based not just on the plaintiff's pleadings but also upon whether the plaintiff has at least some admissible evidence to support it, and to kick out those cases where the defendant would be certain to win anyway. In essence, Anti-SLAPP laws empower the Court to be a gatekeeper which can refuse to admit certain lawsuits involving protected rights which are significantly devoid of real merit.

What Anti-SLAPP acts fundamentally accomplish is the early termination of abusive litigation brought in areas of constitutionally- or statutorily-protected speech and conduct, i.e., if at the end of the litigation the Court would have to direct a verdict for the defendant anyway, based either on law or a lack of admissible evidence presented by the plaintiff, then that litigation should be poured out from the very beginning to protect the defendant from the expense and harassment of a drawn-out litigation process. To this end, Anti-SLAPP laws draw a delicate balance to protect both the rights of defendants against abusive litigation and the rights of plaintiffs to present meritorious cases.

A final note that Anti-SLAPP laws are in the nature of judicial reform legislation. What has happened is that abusive litigation — weaponized litigation for litigation's sake alone — has exploded in recent decades in our courts, but our courts have either been very slow to respond to such litigation or have themselves failed to take action against such litigation entirely. This failure by the courts is not the result of any conscious decision by judges to consider the problem, but instead is almost exclusively due to common judicial inertia. Historically, going to back to the earliest days of English law, judicial reform has almost never been internally initiated by the courts themselves, but instead such reform has almost exclusively been caused by external legislation that finally jolts the courts into addressing the problem. Such is the nature of Anti-SLAPP legislation as a mechanism of judicial reform in an area of some of our most cherished rights, and why this legislation has won substantial support across a broad spectrum of affected groups with insubstantial opposition. 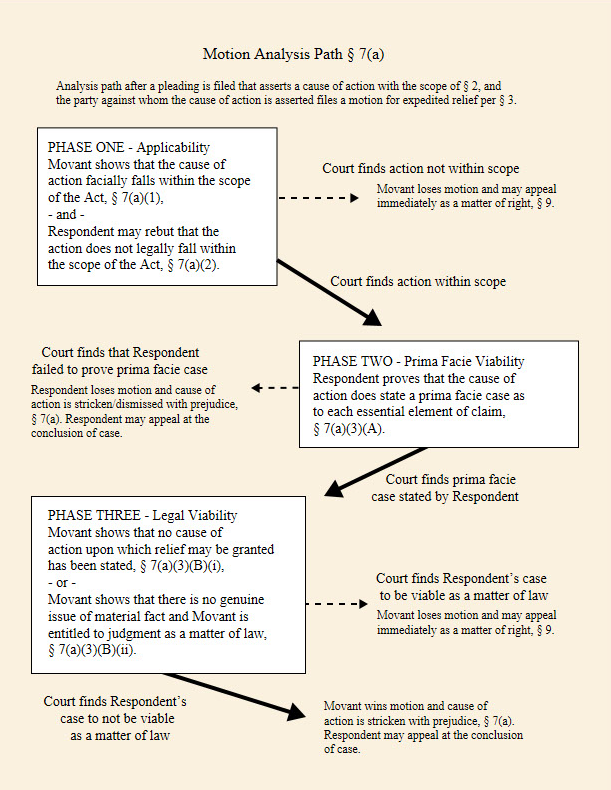 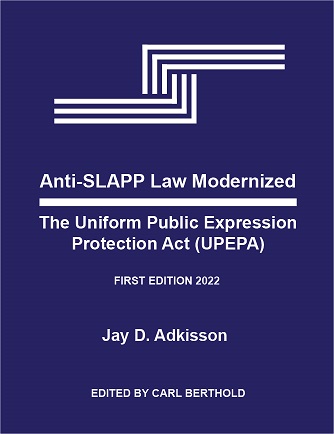